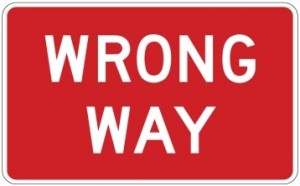 I hugged my two youngest daughters good-bye, and kissed them each. Then, I turned quickly to leave, before they could see the tears in my eyes.  Driving away from their mother’s house, the tears spilled down my cheeks.

A few minutes later, I sat in the kitchen of a trusted friend’s house, sobbing, “It’s not right!  It’s not supposed to be this way!  A father should not have to regularly drop his children of at another home for two weeks at a time.  How am I supposed to raise my daughters when I have so little time with them?”

It was the summer of 2002, not quite a year since the divorce was finalized.  Just when I had begun to think I’d made peace with everything and moved on with my life, I found myself flooded with a whole new level of grief.  As I became increasingly aware of my reduced influence in the lives of my pre-teen daughters, and the effects of the divorce on their lives, I discovered new levels of grief and the realities of life’s unfairness.

This wasn’t the life I envisioned for my children, eighteen years before, when decisions were being made about marriage, children and family.

My pre-teen daughters were quickly growing up.  At a time when they needed more time with their father, they had less…and I felt helpless to do anything about it.

How was I to reconcile the reality of a divorce and raising kids under a two-household custody agreement with the vision I had pursued for so long of a godly family living together, supporting each other in loving encouragement?  How was I to be a godly father in this situation of minimal influence in the lives of two girls who were both growing up so quickly?

It wasn’t supposed to be this way!  …but it was…

My questions, my frustration, my sorrow, were all a natural part of the grieving process.  These were real issues to be processed and either accepted or dealt with.  There was a real need for these emotions to be recognized and validated.  The shattered dream of how things were “supposed to be” was a real loss, and I needed to recognize and grieve that loss.

This stage, the transition from grief to acceptance, is, I think, where some of us get stuck.  It doesn’t happen overnight.  It’s different for every individual in every circumstance of sorrow.  It cannot be rushed just because someone else thinks we should be ready to move on.  Yet, the transition must be made if we are to live an emotionally healthy life.

Most of life’s sorrows draw out of us an expression of, “It wasn’t supposed to be this way!”  Death of a loved one, health issues, permanent injuries, brain damage, each is a deep sorrow that leaves us wondering what to do with the remnants of a shattered dream.

For those experiencing divorce, the transition from grief to acceptance has an additional hurdle of overcoming perceptions within the church.

For those who lose a spouse to death, the event is seen by the church (and society as a whole) as something beyond their control. Therefore, it must be God ordained. Their life has deviated from the human dream, but is assumed to be still under God’s control and plan for their life.

Either way, the person who experienced divorce is viewed as someone who has missed God’s perfect plan for their life, and must now settle for God’s second-best plan.

That perception is incorrect.

With God, there is no Plan B. God is in control, start to finish.

If you are a believer in Christ, then you were chosen “…in Him before the foundation of the world, that we should be holy and blameless before Him. In love He predestined us to adoption as sons through Jesus Christ to Himself, according to the kind intention of His will to the praise of the glory of His grace, which He freely bestowed on us His beloved” (Ephesians 1:4-6).

The book of Exodus opens with “Now a new king arose over Egypt, who did not know Joseph” (Exodus 1:8). The blood covenant cut between Pharaoh and Joseph has been neglected and forgotten, and the heir to that covenant, the new Pharaoh, rather than honoring the covenant with his sworn blood-brothers, the Israelites, chooses, instead, to enslave them and to kill their sons. God intervenes to redeem them “with an outstretched arm and with great judgments” (Exodus 6:6).

It was all foreordained of God, all part of God’s perfect plan for Israel, and all prophesied in advance to Abraham. In Genesis 15:13-14, God told Abraham exactly how long his descendants would be enslaved by a foreign nation, as well as how He would deliver them.

It was all part of God’s plan!

Here is an example of a blood covenant being entered into, lasting 430 years, then ending in divorce, all of which was foreordained of God and part of God’s perfect plan for His people. God intended for Israel to enter into covenant with Egypt. God knew that they would be enslaved. God himself redeemed them from that covenant of bondage and delivered them through the divorce.

Too often, people who have been through divorce are treated as second-class citizens in the church family, as people who simply cannot be trusted to have the wisdom required for a leadership position. We are too often seen as having failed a great trust and, as a consequence, no longer to be trusted.

Worse, we believers who have experienced divorce often see ourselves the same way. We are prone to see ourselves as having made a horrible mistake which has taken our life off-track, and now the best we can hope for is a few mercy drops of God’s blessing, crumbs from the children’s table, as we work out the second-best life we can manage.

The myth of “missing God’s best plan” conceals the truth that, if you are a believer in Christ who is trusting and following the guidance of the Holy Spirit, then you are God’s chosen child, directly on track for all of God’s bountiful blessings which He has stored up for you, and all of the richness of the destiny He has foreordained for you, before the foundation of the world.

You are exactly where God wants you to be, and your life experiences are precisely as He orchestrated them to be for the purpose of blessing you with your specific destiny and inheritance!

What life event has left you feeling, “It wasn’t supposed to be this way”?

Portions of this post are excerpts from my book, So You are a Believer…Who has been through Divorce…, a Myth-Busting Biblical Perspective on Divorce.