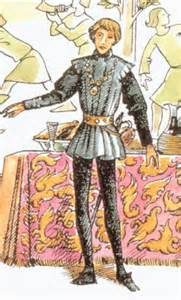 Prince Rilian of Narnia was a man with two destinies.

Two opposing prophecies had been spoken over Rilian…two opposing powers had predestined plans for his life.

In some ways the two destinies may seem similar…but they were actually polar opposites.

Prince Rilian was born son of King Caspian X and his wife, Lilliandil. As sole heir to the throne, Rilian was destined to become King of Narnia after Caspian.  He was expected to rule Narnia with kindness, justice and honor.

When Prince Rilian was twenty years old, his mother, Queen Lilliandil, was killed by a green serpent. In his grief, Rilian relentlessly pursued the serpent, seeking to avenge his mother’s death.  He spent extended periods hunting the serpent until one day he did not return, and many knights and champions were lost searching for him.

Two children from our world, Eustace Scrubb and Jill Pole, together with their guide Puddleglum the Marshwiggle, were sent by Aslan on a quest to find Prince Rilian. They eventually found the prince in Underland, in the depths of the earth below Narnia.  Initially they did not recognize the prince, and Rilian, himself, claimed to have no knowledge of Narnia, King Caspian, nor his own identity.

As they conversed with the prince, he told them:

…Sirs, I am a man under most strange afflictions, and none but the Queen’s grace would have had patience with me. Patience, said I?  But it goes far beyond that.  She has promised me a great kingdom in Overland and, when I am king, her own most gracious hand in marriage…

The land is already chosen and the very place of our breaking out. Her Earthmen have worked day and night digging a way beneath it, and have now gone so far and so high that they tunnel not a score of feet beneath the very grass on which the Updwellers of that country walk…

Then the thin roof of earth which keeps me from my kingdom will be broken through, and with her to guide me and a thousand Earthmen at my back, I shall ride forth in arms, fall suddenly on our enemies, slay their chief man, cast down their strong places, and doubtless be their crowned king within four and twenty hours.

The Queen of Underland turned out to be a witch who held Prince Rilian under an enchantment. The Overland country they planned to invade was Narnia, and the witch was the serpent who killed Rilian’s mother.

As Rilian said, after his enchantment was broken by killing the serpent, “All these years I have been the slave of my mother’s slayer.”

The witch offered Rilian a kingdom and her hand in marriage. While under her enchantment, that sounded to Rilian like a very nice destiny indeed.

In actuality, the kingdom was already his by birthright.

The ‘strong places’ they planned to throw down were actually Prince Rilian’s strong places. The ‘chief man’ he was to kill was his own father, King Caspian.

The witch offered Rilian nothing that wasn’t already rightfully his. Had he remained under her spell, Rilian would have usurped his own throne and ruled as the queen’s slave.  He would have attacked and defeated his own kingdom, ruling over it as a tyrant.

Two destinies…both as King of Narnia…

One destiny was to be the rightful king, ruling lawfully in honor, justice, and love.

The other destiny was to be a usurper of his own throne, murdering his own father, and ruling as a puppet-tyrant enslaved by the witch who murdered his mother.

Thankfully, he was delivered from the enchantment in time to choose the destiny of honor and justice.

The Bible tells a similar story of dual destinies.

God created man in his own image and placed them in authority over the earth, to rule over it.  Then the serpent came and tempted them to disobey God, “You surely will not die! For God knows that in the day you eat from it your eyes will be opened, and you will be like God, knowing good and evil.”

God created Adam and Eve in His own image and had already placed them as rulers over all the earth.

Catastrophically, they chose the serpent’s enchantment.

As a result, we all inherit their dual destinies. Every one of us, as a descendant of Adam, are born with a dual destiny to become either a child of God or a slave of Satan.  This is the consequence of Adam and Eve’s sin which God warned of…this is the fruit of the tree of the knowledge of good and evil…this is what it means to be in covenant with good and in covenant with evil. 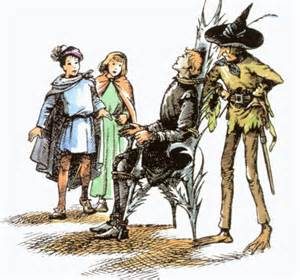 What about The Silver Chair from whence the book derives its name?

While under the witch’s enchantment, for one hour each day Prince Rilian was in his right mind and wished to be delivered.  Yet he was bound in a silver chair that held him captive until the hour of lucidity passed.

What is (or was) our silver chair? In those moments when the Holy Spirit penetrated the fog of our self-deception and willful blindness…when we saw with clarity how enslaved we were to our own sin…when we wished to be delivered to live a life of honor, justice and love…what kept us bound until the hour passed?

Could it have been our pride? Perhaps our love of things of this world? Our personal comfort? Misplaced loyalties? Anger? Bitterness? Unforgiveness? Discouragement? Fear?

Which destiny do you choose?  Are you ready to see your silver chair destroyed?