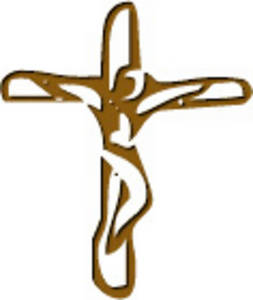 The Immortal Died ~ So the Dead Mortal might gain Immortality

Have you ever thought about how the gospel must sound to someone hearing it for the very first time?  I think that, as Christians, we often fail to realize just how drastically different our world view is from others.  Just to give you an idea, read the following description of a Christian:

I am immortal!  I was once dead, but I am now alive, forevermore.  Having drunk deeply of The Fountain of Living Water, I have passed from death to life, becoming an immortal son of God, who will never die.

Because I am immortal, I seek to live my life from an eternal perspective, always aware of the brevity of life and my own mortality.

As an immortal son of God who will never die, in the last days, I will be resurrected, to live forevermore.

My immortal life was made possible by the eternal Creator of the universe, who became a creature of His own creation.  Out of His love for me, an inconsequential dead creature of His own creation, the Immortal One chose to be hanged on a cross to die. Through the death of the Immortal One, I who was dead have been raised to life and granted immortality.

Though we are all born dead creatures, by nature rebellious against our Creator, the Creator has such love for each individual one of us that He accepts each of us, just as we are, blind, sick, rebellious, lost and stained with sin, and asks us to dine with Him and enter into covenant with Him.  He accepts us just as we are, requiring nothing of us but our faith in Him.

Having once entered into covenant with our Creator, we are assured that He will not leave us as we were when we came to Him.  No matter how uncomfortable or painful the transformation may be to us, He promises to mold our hearts and character into an acceptable temple for Himself.

As recipients of His grace, we are asked, nay required, to honor Him with such single-minded and unadulterated love, that by comparison we hate all others, including our own families and even our own lives.

The mark of being His disciple is made evident through our outrageous love for others, pouring out sacrificial love even to our enemies, loving even those who hate us and seek to harm us.

I hold these truths as essential to my world view, as a believer in Jesus Christ, the only begotten Son of God, the Savior of the world, through whom and for whom all things were created.  As essential truths, I feel no need to defend these positions through intellectual arguments.  Though I enjoy discussing their wonder, I feel no need for further evidence of their existence than what is presented in the Bible and the work which God has wrought in my own heart.  I expect like-minded individuals who call themselves Christians to also hold these same truths.

Granted, I have intentionally worded these truths in a jarring disjointed fashion, in order to make a point, but isn’t that how a non-Christian probably hears them for the first time?

We refer to these, and similar truths, as The Simplicity of the Gospel.  We see them as being so basic in nature that even a child can understand and accept them, and many of us have accepted them since we were children.

Yet, when asked to explain them, we either point to the written scripture as being explanation enough, or else we resort to parables and illustrations to reveal a partial truth while simultaneously demonstrating that no verbal explanation by man will ever be sufficient.

And then we act surprised, when our unbelieving friends and neighbors react negatively to our world view. We take offense when these truths we hold sacred are described by others as foolish and illogical beliefs that are unworthy of a discerning intellectual
mind.

The question is not why the gospel is seen as foolishness by those who do not believe, but rather, why we would expect otherwise.

Everything about the gospel of Jesus Christ runs contrary to human logic and expectations.

Over the course of the last two weeks, I have read three very interesting blog posts that independently addressed different aspects of the drastic difference in world view between a believer in Jesus Christ who has experienced the transforming power of the Holy Spirit, and the world view of an unbeliever who has not.

Mike Duran’s post on http://mikeduran.com/2011/11/is-it-dishonest-to-not-label-christian-fiction/ has sparked a spirited debate among authors of Christian literature who are puzzled by the strong reaction of unbelievers against literature written from a Christian viewpoint.  In multiple comments, the question arises: Why are non-Christians often so strongly opposed specifically to a Christian world view? Why do they not react with equal vehemence against other world views?

I must admit that I have often wondered the same thing from a different slant.  It often seems that our own modern western culture eagerly embraces and accepts any and all world views with a very high degree of tolerance, with the single exception of Christianity, which is reviled and treated with disdain.  Why is that?

Quite simply, in the words of the Apostle Paul, in 1 Corinthians 2:14, “A natural man does not accept the things of the Spirit of God, for they are foolishness to him; and he cannot understand them, because they are spiritually appraised.”

As I attempted to illustrate at the beginning of this post, the gospel is all topsy-turvy from normal human logic and expectations.  The claims seem to be outrageous and
intellectually indefensible, even appearing self-contradictory.  Yes, the gospel is truth, and those of us who have experienced the transforming work of the Holy Spirit can see and understand that it is truth.  But to the person who has never known the Holy Spirit, it is foolishness.

Why are unbelievers offended upon discovering that a book that grabbed their attention in the first three chapters is revealed in the fourth chapter to be written from a distinctly Christian viewpoint?  Because that viewpoint makes no sense to them; it is foolishness.

I would feel rather the same way if I started a book that I thought was a murder mystery, but turned out to be an Alice-in-Wonderland nonsensical story that made no sense.
Expecting a murder mystery, I feel I have an agreement with the author that the book is supposed to follow sequential logical events gradually unveiling the answer to the mystery, with a few unexpected twists along the way.  I would feel extremely
disappointed, and a bit betrayed if, after capturing my time and attention, the
book turned out to be completely illogical, and, in fact seemed to gleefully celebrate its very lack of logic.

We must understand that from the viewpoint of an unbeliever, this is exactly how Christian literature is likely perceived…and we have been forewarned in the very Bible we hold dear, that this is the case.

In her post http://www.theveryworstmissionary.com/2011/11/because-bible-is-kinda-weird.html , Jamie asks her readers where they would direct someone with no biblical
background whatsoever to begin reading the Bible.  I must admit to my own bewilderment at an appropriate response.  My first response was to start in the Gospel of John, which contains such clear declarations of who Jesus is, why He came, and what we must do to be saved.

However, other commenters pointed out that, for someone with absolutely no biblical frame of reference, the gospel of John uses a lot of figurative language that can be very difficult to follow.  As one who was raised in church, I had never thought about how strange it may be to read, for example, “In the beginning was the Word, and the Word was with God and the Word was God… and the Word became flesh and dwelt among us.”  For those who know and understand, this is a very clear explanation of who Jesus is, but for a novice, it would be a bit of a puzzle. I did feel somewhat relieved when some responders stated that although the Gospel of John made no sense to them when first read, the Holy Spirit still opened their eyes and hearts, to receiving Jesus Christ as their personal Lord and Savior.

Thank God, for His Holy Spirit, who teaches us!

And in a guest post at http://www.theveryworstmissionary.com/2011/11/missionary-positions-doing-it-by-doing.html , Julie discussed the futility of trying to use intellectual argument to evangelize.  In the 17th chapter of the book of Acts, Paul discovered this futility himself, when he engaged in intellectual debate with the citizens of Athens, to no avail.  It was some time after this experience that Paul penned the words of 1 Corinthians chapter 2, explaining the futility of this approach.

The more I think about it, the more I realize how very involved the Holy Spirit must be, not only in the salvation experience, but in everything leading up to it, the openness to listen, the desire to hear, and the ability to understand.

So, if Christian literature and intellectual debate are not effective evangelism tools, how are we to live out the great commission to “Go and make disciples”?