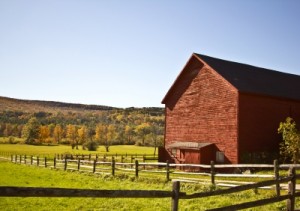 I can still hear my Mama’s voice, calling to me from across the house, “Joey, shut that door!  Were you born in a barn?”

Growing up in the South, all of us kids heard that question every time we left cold winter air blowing in through an open door.  For Jacy, though, this was not a rhetorical question, but a simple reality of life.

The story of Jacy’s early years sounds something like a cross between a Jeff Foxworthy redneck joke and a Godfather movie.  Seeking shelter from the winter cold, Jacy’s unwed teen mother gave birth to Jacy in a little barn on the edge of town.  There were no doctors, midwives, or even family to assist with the birth, that night. Jacy was delivered into this world by his mother’s homeless boyfriend, Joe.

To his credit, even though Jacy was not his child, Joe married Jacy’s mother and adopted Jacy as his son.  The little family settled down in that same little country town where Jacy was born.

Things went along pretty well for the next couple of years, though still very tight, financially.   Joe, who was handy with tools, found construction work and odd jobs to provide for the family.  They joined the local church, became a part of the community, and did their best to raise Jacy according to the Bible.

Then, one day, when Jacy was two years old, something wonderful happened!  Wealthy friends of the family located Joe and offered financial assistance to help them get a better start in life. Things were definitely looking up!

Unfortunately, the joy of better financial prospects was short-lived.  A multigenerational family feud had finally caught up with the little family.  The wealthy family friends had inadvertently led a very powerful criminal with a vendetta to their little town, and a
massacre was being planned.  Just in time, the little family slipped away, under cover of darkness, escaping across the border to live in hiding in another state.

Yes, Jacy had a pretty rough-looking start in life.  Some probably thought he didn’t have much chance of making a life that counted for much.

Yet God had His hand on Jacy’s life, and every detail was unfolding exactly according to God’s plan!

When his adopted father, Joe, passed away, Jacy stepped up to earn a living for his mother and brothers.  As Jacy grew and matured, he gained a reputation as a man of integrity, knowledgeable in the word of God.  Then, at thirty years of age, he followed
God’s call to full-time ministry.

Yes, Jacy was to be used of God in a very powerful way!  Jacy (J.C. – Jesus Christ) is God’s Messiah, sent to save His people from their sins.

To say that the early childhood environment that God chose for His son was humble is a huge understatement…it was downright scandalous!  Yet every bit of it was precisely orchestrated by God, as foretold through the Old Testament prophets.

If God chose such a non-traditional childhood environment for His promised Messiah, what plans might He have in store for your child?  Who knows what mighty way God may work through your son or daughter in years to come?

Now, I’ll admit there was more to the story than what I told.  I left out the details of angels and prophecies and virgin birth.

But isn’t that what we sometimes do in our own lives?  We focus on all the negatives, all the hurdles to be overcome, all the statistics of doom.  We tend to forget the tremendous blessings and promises that God has given our children!

For starters, He has given your child a Christian parent, you, to pray for her, teach her the Bible and show her what a relationship with God looks like.  And when you think about it…that and God’s promises, is about all that Jesus had starting out in this life…

Discussion Questions: (Please respond in comments to this post)

What unusual or diffficult life circumstances have you encountered as either a child or as a parent of a child?

In what ways has God blessed, provided for, and protected your children, thus far?