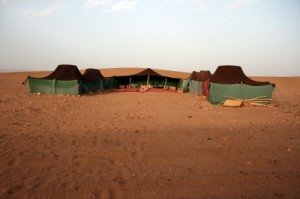 Jay-Jay was born and raised in a mobile compound, out in the desert, by a polygamist group of separatist extremists.  His father, the compound director, preached a separatist position toward all their neighbors in nearby towns, and frequently moved the compound from one place to another.

With the commune living primarily off of livestock, many of Jay-Jay’s early memories involved searching the arid region for fresh water and green grass.  Survival required relentless effort and caring for livestock. Jay-Jay had never heard of electricity, running water, or in-door plumbing.  Water was drawn in buckets from wells or desert springs and carried by hand to water both men and livestock.

For a man claiming to have a special vision from God, Jay-Jay’s father seemed to have a knack for making enemies of his fellow man.  Jay-Jay still remembered fleeing from his grandfather’s camp in the middle of the night, out of fear of retribution, and cautiously approaching his uncle’s camp in the hope that an old grudge had been forgotten with the passing of years.

Jay-Jay’s older brothers seemed not only to have inherited their father’s lack of social skills, but to have added a deeper dimension of bitterness.  Born of different mothers
among their father’s multiple wives, each sub-household carried grudges, full of jealousy and spite, against the others. So, not only was the commune cut off socially from their surrounding neighbors, but there was also constant bickering and fighting within the compound.

Jay-Jay, younger than the rest, often bore the brunt of his brothers’ anger.  Jay-Jay’s mother, who was also his father’s first cousin, had died when Jay-Jay was a small child.  Motherless, Jay-Jay was left with no one to shield him from his brothers’ merciless tirade of insults and abuse.

As time passed, the older brothers became increasingly short-tempered and violent, until their bitter grudges culminated in bloodshed, in a neighboring town.  Already cut off
from society and plagued with internal fighting, the commune was now wanted by the law.  Transformed, by murder, into an outlaw band, their moves became more frequent and less beneficial to the livestock.

Given his family history of violence and the environment in which he was raised, it should come as no surprise that, as a very young adult, Jay-Jay was sentenced to life in prison. Like most convicts, Jay-Jay maintained his innocence, but the evidence against him was overwhelming.

Jay-Jay was convicted of sexual assault and attempted rape on both the personal testimony of the victim and physical evidence left at the crime scene…not to mention the fact that Jay-Jay was arrested fleeing the scene, wearing only his underwear.

The life sentence may seem a bit harsh, given that this was Jay-Jay’s first conviction.  However, the separatist beliefs of his family were well-known, and the people of the
surrounding communities, suspecting violence, were eager to see justice finally served.  Then there was the added fact that the alleged sexual assault victim was the judge’s wife…not a smart move for Jay-Jay.

But that’s not the end of the story.  Jay-Jay’s father, for all his faults, truly did love God and truly did love Jay-Jay. He never gave up and never stopped praying for Jay-Jay, and God honored those faithful prayers of a loving parent.

Through all his life troubles, Jay-Jay maintained a strong faith in God and a strong desire for godliness. Finding himself in prison, facing a life sentence for a crime of which
he claimed innocence, Jay-Jay began a prison ministry.  That’s right! Refusing to give in to self-pity or bitterness, Jay-Jay began finding ways to encourage and minister to his fellow inmates, even preaching the gospel to the guards and the prison warden!

It seems God had a special plan for Jay-Jay’s life.  Even in prison, Jay-Jay’s life and words shone the light of God’s glory to those around him.  God used Jay-Jay in a mighty way, right there in prison.

Yet, God had even bigger plans for Jay-Jay’s ministry.  Jay-Jay (J.J. – Joseph son-of-Jacob) was later granted a pardon and called on to serve the Pharaoh, King of Egypt, as counselor.  Granted ruling authority over the entire nation, Joseph was used of God to save the entire nation of Egypt from starvation during the great seven-year drought.

Not only that, he also saved his own family from starvation, and brought them into Egypt, under full protection of Pharaoh, where they flourished into a mighty nation…the nation which God would one day claim as His own and from whom the promised Messiah, Jesus, would later be born.

The story of Joseph, as portrayed in the book of Genesis, is a stunning narrative of human limitations being overcome by God’s power.

Jacob had a lot of faults. He had a knack for taking advantage of other people’s weakness to gain power or wealth for himself, and he did not hesitate to take advantage of close relatives.  Yet, for all his faults, Jacob maintained a deep respect for God, a strong faith in God, and a deep love for his children.

I like Jacob, because he reminds me a lot of myself.  No, I’m not the trickster that Jacob was, nor do I have his tendency to take advantage of people.  However, I am a very imperfect man, with a deep respect and love of God, and a deep love for my family.  I want God’s very best for my children, and I often wonder whether I’m equipping them well for their life ahead.

Then I look at the story of Joseph, and am reminded of the power of a praying parent and of God’s faithfulness in fulfilling His promises.

Whatever difficulties your child may be facing, whatever limitations they may need to overcome, God is still working through you, their praying parent, to work His will in their life. Just look what He did in the life of Joseph!

Discussion Questions: (Please respond with comments to this post)

What difficulties have you faced in the past and how has God used those difficulties as a part of His plan to shine the light of His truth through your life?