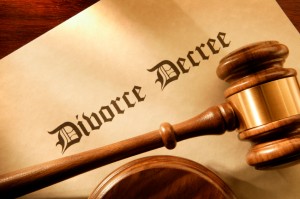 Pharaoh cut a covenant with Joseph in a ceremony described in Genesis 41:39-45.

All subjects of a kingdom are in blood covenant with the king, but the ceremony described and the resulting relationship between Joseph and Pharaoh clearly go far beyond that of a normal subject of the crown, to a blood covenant in which Joseph was treated as an equal to Pharaoh.

What a celebration of a God-ordained event!

Joseph was given a new name, new clothes, a gold necklace, new authority, and Pharaoh’s own signet ring!

The new clothes and new name carry significant meaning in a blood covenant ceremony, and the signet ring, in particular, gave Joseph full authority to speak on behalf of Pharaoh. A command issued by Joseph, under the seal of Pharaoh’s signet ring carried the full authority of Pharaoh’s own signature. Pharaoh said that Joseph was now ruler over all the land of Egypt, and equal to Pharaoh in everything except the throne.

Though the word covenant is not explicitly used in this passage, it is clear both by reference to covenant rites and by transfer of trust and authority, that Joseph was now in blood covenant with Pharaoh, King of Egypt.

Later, Joseph’s father, brothers, and family moved to Egypt, in order to escape starvation during the seven years of famine. By accepting Pharaoh’s provision, they accepted the protection of Pharaoh’s covenant with Joseph, placing themselves under obligation to that covenant.

Moreover, since covenant is an inheritance passed down from father to son, all of Israel’s descendants and all of Pharaoh’s descendants were in blood covenant with each other. They were family, blood-brothers.

But something went wrong…

The Hebrew word translated here as know (yada`) is used almost exclusively to denote either the intimate personal empathetic understanding of a covenant partner or special God-given perceptive understanding of a specific topic. This is the same word used, for example, in Genesis 4:1 (NKJV), “Now Adam knew Eve his wife, and she conceived and bore Cain…” In this case, it is clearly a covenant reference, indicating that the new Pharaoh was not empathetically disposed toward the family of his covenant partner, Joseph.

The new Pharaoh chose not to honor the covenant with Joseph (did not know Joseph). Rather than acting on behalf of his covenant partners, as was his obligation by sacred oath, he chose rather to enslave them. Because of the change of attitude on the part of the new Pharaoh, Israel was now in a covenant that had become bondage. They were in need of redemption, and they had no means of redeeming themselves.

God told Moses, “Say, therefore, to the sons of Israel, ‘I am the Lord, and I will bring you out from under the burdens of the Egyptians, and I will deliver you from their bondage. I will also redeem you with an outstretched arm and with great judgments’” (Exodus 6:6).

Note that God listed deliver and redeem as two separate actions He would perform on behalf of His people, Israel. To this day, Jewish Passover traditions, designed by God to commemorate this historic event, include four cups of wine to be drunk at specific intervals in the meal, with the cup of redemption and the cup of deliverance recognized as two separate acts to be celebrated. Nor is this unique to the Exodus story. The words deliver and redeem are often paired in scripture as two separate but closely related events (Job 6:23, Jeremiah 15:21).

Deliverance speaks of God’s protection as Israel was brought out of Egypt and journeyed to the promised land. Redemption speaks of Israel being justly released from their covenant obligations to Pharaoh.

God’s plan, as revealed to Moses, was to redeem Israel from their blood covenant with Pharaoh. When Israel left Egypt, they were to leave with no covenant ties, no covenant obligations, no debts or allegiance owed to Pharaoh.

But what was the redemption payment? At what price was the covenant obligation fulfilled? How can a price even be set for a blood covenant? Did God pay Pharaoh some ransom price for the freedom of Israel?

God said He would redeem Israel, “with an outstretched arm and with great judgments.”

In reading the Exodus story, three truths stand out clearly:

When Pharaoh chose to “drive them out of his land” Israel was released from their covenant obligation. At that moment, Israel was divorced from Egypt. The covenant was dissolved, and Israel was free to proceed to the Promised Land with no obligation of allegiance to Egypt.

By the manner in which God redeemed Israel from Egypt, He gave new meaning to the word redemption. No ransom price was paid, yet the covenant of bondage was dissolved, in a manner that was just. As their redeemer, God justly caused Israel’s blood covenant with Egypt to be dissolved, so that Israel was no longer in a covenant of bondage to Egypt.

God brought about the divorce of Israel from Egypt, and God called it redemption.

Thank God, He is still in the business of redeeming His children from covenants of bondage!

From what covenant of bondage has God redeemed you?

[Note: This post is comprised largely of excerpts from my book, So You are a Believer…Who has been through Divorce… To read more, click here.]