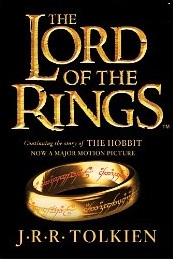 After watching the movie The Hobbit: An Unexpected Journey with my stepson, last week, I decided to reread J.R.R. Tolkien’s Lord of the Rings for the first time in about 20 years.  I’ve been enjoying it more than expected, and have discovered several nuggets of Tolkien wisdom.

I’ve been struck by how the wisest people in Tolkien’s novels are usually slow to commit to absolutes.

Gandalf (arguably the wisest person in Middle Earth) was quick to admit mistakes and times that he might have made different choices or acted more quickly.  At the same time, he was very slow to conclude the ring Bilbo found was the One Ring.  When questioned about his conclusion, Gandalf did not make authoritative statements or rely on his reputation.  Rather, he presented the evidence in a rather rambling fashion, leading to his logical conclusion, based on years of study and research.

At the Council of Elrond, in Rivendell, Elrond, Gandalf, Aragorn, Glorfindel, and the other wise counselors present discussed many possible scenarios for dealing with the ring, and listened to each other’s input.  All were clearly unsure of the best course of action.  In fact, they arrived at a decision largely by a process of elimination and recognition that anything short of destruction would be but a temporary solution.

Both Gildor and Galadriel refused to give Frodo advice, though they did provide other forms of aid.  Gildor told Frodo, “Elves seldom give unguarded advice, for advice is a dangerous gift, even from the wise to the wise, and all courses may run ill.”

On the fellowship’s march south, Aragorn and Gandalf held a running debate over the wisest path for crossing the mountains.  Aragorn favored the high mountain pass, whereas Gandalf favored the stealth of tunnels under the mountains, through the Mines of Moria.  Yet, both conceded that their preferred route had risks, and both showed respect for the other’s opinion.

Perhaps most telling was the refusal of Gandalf, Aragorn, Elrond, and Galadriel to accept custody of the ring.  Each realized the evil of the ring was too powerful for them…that, in time, the ring would master them…and the ring was safer in the temporary custody of Frodo the Hobbit.

Tolkien’s perspective seems to be that only those with a high degree of arrogance born of blindness have the luxury of certainty in counsel or plans.  And to them, the counsel of the wise appears as foolishness.

What real life examples have you seen to support Tolkien’s perspective on humility of wisdom?