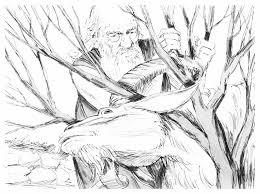 The Lord will Provide

“Then he believed in the Lord; and He reckoned it to him as righteousness. And He said to him, “I am the Lord who brought you out of Ur of the Chaldeans, to give you this land to possess it.” He said, “O Lord God, how may I know that I will possess it?” So He said to him, “Bring Me a three year old heifer, and a three year old female goat, and a three year old ram, and a turtledove, and a young pigeon.” Then he brought all these to Him and cut them in two, and laid each half opposite the other; but he did not cut the birds. The birds of prey came down upon the carcasses, and Abram drove them away. (Genesis 15:6-11)

It came about when the sun had set, that it was very dark, and behold, there appeared a smoking oven and a flaming torch which passed between these pieces. On that day the Lord made a covenant with Abram, saying, “To your descendants I have given this land, from the river of Egypt as far as the great river, the river Euphrates” (Genesis 15:17-18)

“By Myself I have sworn, declares the Lord, because you have done this thing and have not withheld your son, your only son, indeed I will greatly bless you, and I will greatly multiply your seed as the stars of the heavens and as the sand which is on the seashore; and your seed shall possess the gate of their enemies. In your seed all the nations of the earth shall be blessed, because you have obeyed My voice.” (Genesis 22:16-18)

Between Genesis 15 and Genesis 22 multiple occasions are recorded of God making covenants with Abraham and swearing oaths to Abraham. I see all these as God repeating one covenant in various ways to illustrate different aspects of the covenant.  Regardless of whether it is viewed as multiple oaths to a single covenant or as multiple covenants, it is clear that the covenant vows focus on Abraham’s seed and on all nations being blessed through Abraham’s seed.

Now the promises were spoken to Abraham and to his seed… (Galatians 3:16)

So, in Genesis 15, we have this blood covenant ceremony called the walk through death.  In the walk through death, animals were slaughtered, cut in half, and laid out on the ground with an aisle between the animal halves.  Together, the covenant partners walked a figure-eight between the animal halves while reciting the covenant vows, ending in “Thus may the Lord do to me, and worse, if anything but death parts you and me” (Ruth 1:17).

The walk through death ceremony was intended to convey the solemnity of the occasion as the covenant partners called on God as witness and judge.  It also represented both partners dying to their former life and beginning a new life in identity with their covenant partner.

But let’s look again at the walk through death in God’s covenant with Abraham:

It came about when the sun had set, that it was very dark, and behold, there appeared a smoking oven and a flaming torch which passed between these pieces. (Genesis 15:17)

Only God walked the path through death. Abraham did not.

How can a covenant be ratified by one party but not by the other party?

Moreover, we see only two persons of our triune God represented in the covenant ceremony. We have the flaming torch and the smoking oven, representing God the Father and the Holy Spirit.  What about God the Son?

The answers to these questions are found in Paul’s letter to the Galatians:

Now the promises were spoken to Abraham and to his seed. He does not say, “And to seeds,” as referring to many, but rather to one, “And to your seed,” that is, Christ. (Galatians 3:16)

The covenant was not made with only Abraham, but with Abraham and his seed…Jesus Christ. By including the seed, Jesus, in the covenant oath, God was also making provision for the covenant to be ratified.

Then Abraham raised his eyes and looked, and behold, behind him a ram caught in the thicket by his horns; and Abraham went and took the ram and offered him up for a burnt offering in the place of his son. Abraham called the name of that place The Lord Will Provide, as it is said to this day, “In the mount of the Lord it will be provided.” (Genesis 22:13-14)

“This cup which is poured out for you is the new covenant in My blood. But behold, the hand of the one betraying Me is with Mine on the table. For indeed, the Son of Man is going as it has been determined; but woe to that man by whom He is betrayed!” (Luke 22:20-22)

Jesus went to the cross as the Son of Man…heir of Adam…seed of Abraham. The covenant initiated by Father and the Holy Spirit walking between the pieces of the slaughtered animals was completed as Jesus walked through His own death…pouring out His own life blood.

Abraham could not ratify the covenant, because he was unable to keep the covenant vows. But “Abraham believed God, and it was reckoned to him as righteousness” (Galatians 3:6).  What did Abraham believe?  That God would provide…provide an heir…provide a seed…provide a sacrifice.

Even so Abraham believed God, and it was reckoned to him as righteousness. Therefore, be sure that it is those who are of faith who are sons of Abraham. The Scripture, foreseeing that God would justify the Gentiles by faith, preached the gospel beforehand to Abraham, saying, “All the nations will be blessed in you.” So then those who are of faith are blessed with Abraham, the believer. (Galatians 3:6-9)

This is the basis for our security as believers in Christ. Our covenant with God was ratified on our behalf by the Son.  To put it in modern contract terms, Father and the Holy Spirit signed on the God signature line while Jesus signed on the man signature line.

In the same way God, desiring even more to show to the heirs of the promise the unchangeableness of His purpose, interposed with an oath, so that by two unchangeable things in which it is impossible for God to lie, we who have taken refuge would have strong encouragement to take hold of the hope set before us. This hope we have as an anchor of the soul, a hope both sure and steadfast and one which enters within the veil, where Jesus has entered as a forerunner for us, having become a high priest forever according to the order of Melchizedek. (Hebrews 6:17-20)

Hallelujah! What a Savior!