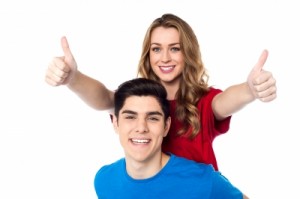 A couple of weeks ago, I was surfing radio stations while driving, and landed on a Focus on the Family recorded broadcast.  The topic was ministering to couples in a second or third marriage –  a topic close to my heart.  I settled in to listen.

The broadcast included four or five respected Christian men, including James Dobson, Gary Smalley, and Greg Smalley, all men I respect and whose books have influenced me, personally.  Much of the discussion centered around Gary and Greg Smalley’s book, The Heart of Remarriage (which I have not read).

The discussion included recognition of some of the special challenges facing blended families and the feeling of disenfranchisement that many second-marriage couples feel within the church.  Several statements were made regarding the need to encourage these couples and help them succeed in their current marriage.  There was discussion about the need to extend forgiveness and reconciliation to second-marriage couples, as well as offer counseling and resources.

As a Christian listener who is in a second marriage, I felt…disappointed…

This talk of the need to extend forgiveness and reconciliation…

Why would any pastor assume that I, as a husband in a second marriage, am more in need of forgiveness than anyone else?  Why would he assume I am in need of reconciliation, as though I had personally offended him or had left the body of Christ?

Frankly, if reconciliation is required between any pastor and me, in regard to my marital status, that conversation should begin, not with his piously extending forgiveness toward me, but rather by his apologizing for making false assumptions about me and needlessly harboring ill will or unfounded suspicions.

See, while the panelists recognized some of the issues and needs, they failed to recognized the fundamental issue of WHY believers who have experienced divorce and/or remarriage often feel isolated from their church family.  The root issue is this overshadowing assumption that we must have committed some exceptionally horrible sin in order to have experienced divorce and/or entered another marriage…a sin horrible enough to justify being regarded with suspicion every time we attend a new church…or anytime candidates are discussed for a church leadership position.

They’ve failed to recognize their theological error in presuming “divorce is sin” and/or that “a second marriage is an adulterous relationship“…both biblically unsubstantiated myths.

No church can effectively minister to any people-group whom they view as being more in need of God’s grace than they themselves are.

And no church will reach their full potential for ministry to individuals who are married, considering marriage, or divorced from a marriage, without first recognizing that:

The marriage covenant is best honored, not by obstinately refusing to divorce, but rather by both partners wholeheartedly daily living out the covenant vows to love, honor, cherish, and protect their covenant partner.  In the event that one partner hard-heartedly and unrepentantly violates the covenant vows, divorce may become a necessity.