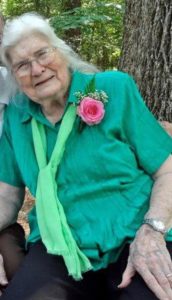 Last November, Mama fell and broke her hip. At 90 years old, any injury is a serious concern.  But Mama had recovered well from broken bones before and we expected a full recovery this time.

She started well, with good progress in physical therapy. She had a few setbacks, but seemed to overcome them and start back on track with high hopes.  But the setbacks became more frequent and more severe.  This past six weeks she has been back and forth between rehab and the hospital, with each step forward being followed by two steps back.

She was moved to hospice today. Her 90 year old body is worn out and her systems are starting to shut down.  My sister, Dorcas, explained the situation to her.  Mama responded, “That sounds good.”

Dorcas said, “Mama, you know that means you’re going to go to be with Jesus soon?” And she replied, “Yes. That sounds REALLY good.”

Dorcas told her she would miss her and Mama replied, “Oh, honey but you know where you’ll see me again!” 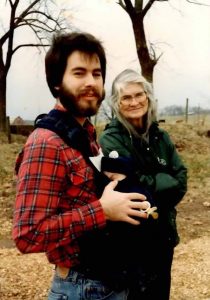 Today, I’m reflecting on some of my many memories of this amazing woman, and how much impact she has had on my life. I’m thinking of the many things she taught me over the years.

I remember when I was four or five years old Mama taught me how to safely pin a diaper on my baby sister while making sure my fingers stayed between the tip of the diaper pin and my sister’s skin. Thinking back on it now, that seems like a lot to ask of a preschooler.  But what a gift!  While being taught to care for others, I was also entrusted with a huge responsibility.

Papa and Mama both taught me to love reading. But it was Mama who taught me to read.  I remember sitting on her lap with the big phonics book open, going thru the alphabet reciting letters and sounds, “A for apple ah; B for ball buh; C for cat cuh; D for dog duh;…”

Papa and Mama both taught me to love God’s word, but it was Mama who taught me to memorize scripture and learn the books of the Bible.

Mama taught me the joy of singing…to meet adversity by praising God. When the stress of motherhood threatened to get her down, Mama responded by breaking into songs of praise.

And Mama taught me to sing.

In a family of sixteen children I was the only one who couldn’t carry a tune. As a child I never knew the difference, but as a teenager I started to become aware how badly I was off tune.  When Mama realized how much it bothered me she sat down at the piano and walked me through favorite songs, one note at a time.  She would play each note over and over while I searched to find it with my voice.  When I finally hit the right note she would nod her head with a smile, “Good!” then proceed to the next note.  I don’t know how many hours she spent patiently teaching me to listen for the note and listen to my own voice.

Today, I couldn’t win any prizes for singing, but I can generally hit the right notes with a reasonable degree of confidence. And I have Mama to thank for that. 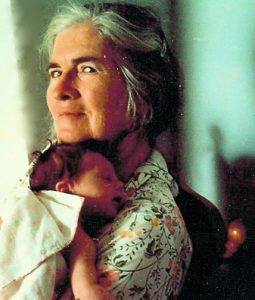 Mama taught me to stand firm in my convictions. From things as minor as making sure pagan-based customs were excluded from our Christian holiday celebrations to major issues such as school integration and standing against racism, we were taught at an early age to stand for what we believed no matter how unpopular our stance might be.

I have so much to thank Mama for!

But she may have saved the very best lesson for last. To live my life in such a way that when the end is near there is nothing left but love and thankfulness…what an amazing lesson!  What a gift!

I am so blessed to have her as my Mama! 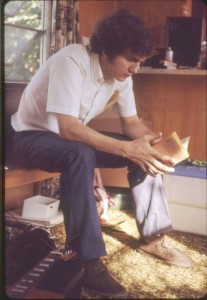 This past weekend was such a precious time with family! In reflecting on the sweet memories, three themes stand out…faith, love, and joy. Usually, when our family does a weekend getaway, it’s planned weeks or months in advance. This time … Continue reading →