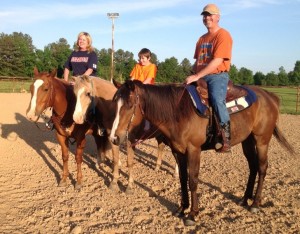 Although I am not a horseman, we do own several horses and I do enjoy working with them.  Do not assume this means I know much about horses…I don’t…but I enjoy learning.  🙂 One of our horses is a little … Continue reading →

Although I am not a horseman, my wife grew up riding horses and our 12-year-old is a rodeo athlete.  My role seems to be a crazy mix of stable hand, horse groomer, cheerleader, photographer, and student. I’m learning and having a lot of … Continue reading →