I recently read a Facebook comment lamenting the lack of objective proof of God’s existence. The guy seemed very sincere.  He mentioned his own personal crisis of faith and feeling disillusioned with his religious heritage.

I wrote a few words intended to encourage. I meant to come back to the post, but it was lost in my newsfeed.

It’s not the first time I’ve read or heard such thoughts…nor am I immune to such thinking myself from time to time. When faced with such questions, I mostly feel inadequate to meet the need.  I usually say much less than I would like to say, because I don’t want to come across as trite.  My head and my heart are full of potentially appropriate responses, but I struggle with how to express myself in a meaningful way…in a way that might be meaningful to the questioner.

The question reminded me of some of the ‘atheist challenges’ I’ve seen on the internet. One I read a few years ago challenged Christians to demonstrate just one objectively verifiable miracle.  I didn’t respond to the challenge…I did ponder the perspective of the author.

What, exactly, is a verifiable miracle? I assume ‘verifiable’ as used in the challenge means eyewitness testimony doesn’t count.  I assume it also means video evidence and photographic evidence don’t count.  Which drastically narrows the number of potential qualifying events.

On the one hand, I understand the reasoning. People have been known to falsify claims of miraculous events.  Eyewitnesses can lie or be misled.  Videos and photographs can be modified to show things that didn’t happen…or can be misconstrued to seem to show things differently from what actually occurred.  Someone feeling disillusioned is likely to feel very untrusting of such things and ask for more objective evidence of the miraculous.

Here’s where it gets tricky though. When we think of miraculous events, we’re usually talking about something extraordinary and transitory in nature, that cannot be reasonably explained or understood through natural laws or scientific explanation.  By definition, any transitory or temporary event we could name is already in the past…it has already occurred…which means the telling of the event now relies to some extent on circumstantial evidence.

Let’s say, for example, we’re talking about a miraculous healing. We could probably present the healed person for investigation to verify they are no longer afflicted with the reported health issue.  However, the reported health issue no longer exists and now relies on circumstantial evidence.  One could produce health records, scans, x-rays, test results and eyewitness testimony that the person had, indeed, previously been afflicted with the reported health issue.  However, all of these could be dismissed as not objectively verifiable.  Records can be altered.  X-rays, scans, and test results can have names and dates edited.  Eyewitnesses can lie or be misled.

This sort of evidence would likely be admissible in a court of law where the bar is “beyond a reasonable doubt” but would likely be insufficient for the person demanding absolute objectively verifiable scientific proof.

For the person requiring objectively verifiable evidence of a miracle before they will believe, no transitory miracle will suffice…because transitory miraculous events rely on circumstantial evidence for context and verification of facts prior to the altered state.

So, if legal proof is insufficient, what about scientific proof? Scientific investigation begins with hypotheses and theories that must be tested and verified.  The usual standard for scientific evidence is experimental verification that can be replicated by other scientists.

This is where we start getting into questions of the definition of a miracle.

Fire touched to dry gunpowder instantaneously initiates extremely rapid oxidation resulting in a highly explosive release of stored energy. I would call that miraculous.  It is also objectively verifiable and consistently repeatable.

However, I doubt the questioner would accept this as an objectively verifiable miracle. Why not?  It is certainly objectively verifiable…as well as extraordinary.  However, because it meets the scientific criteria for objectively verifiable evidence, he would likely not consider the explosive nature of gunpowder to be miraculous.  We can replicate the explosion at will and provide some level of explanation as to how it works.  Therefore, it is considered a natural phenomenon explained by science rather than a miracle. 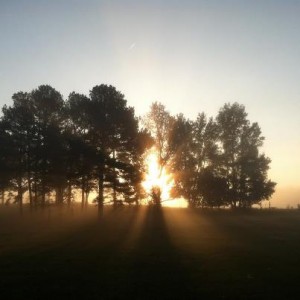 Do you see the problem? We have no lack of evidence of the miraculous.  As I type these words I am looking out the window at a brilliant sunrise.  What a stunning miracle!

Yesterday, I visited my son and held my 4-month old grandson in my arms. I watched his sweet smile.  I heard his laugh and consoled his tears.  So much personality and life wrapped in such a tiny fragile package of humanity.  What a wondrous miracle!

So, what if we could find a miraculous event that was scientifically verifiable but for which we have no scientific explanation…a verifiable phenomenon so outside our understanding of the natural universe that leading scientists are forced to admit it is beyond their understanding? Would that meet the standard of an objectively verifiable miracle?

If so, I have very good news for you. That miracle exists and is as close as the nearest light switch.

Light is truly extraordinary in nature. Light consistently defies our understanding of the natural laws.  Though not at all uncommon in our natural world, light obstinately behaves as though it belongs to some other realm outside our natural world. Every time we develop a new theory to try to explain the behavior of light, we make a new discovery that confounds the latest theories.

It seems as though we must use sometimes the one theory and sometimes the other, while at times we may use either. We are faced with a new kind of difficulty. We have two contradictory pictures of reality; separately neither of them fully explains the phenomena of light, but together they do. – Albert Einstein

In an effort to explain light’s stubborn refusal to conform to the normal scientific laws of relativity, Albert Einstein developed his generalized theory of relativity. The speed of light has been verifiably proven to be constant no matter the relative speeds of the viewer and the light source.  Einstein theorized that time and distance must, therefore, vary as a function of velocity.  Einstein’s theory nicely provides the required mathematics.  Yet, he clearly demonstrates that rather than learning how light fits into our understanding of the natural laws, we must instead adjust our understanding of the natural laws to conform to the behavior of light.

In more recent years, a whole new branch of physics called Quantum Physics has emerged to study another property of light. Even when light is carefully released one photon particle at a time, it still behaves in a wave interference manner, as though it were being continuously released as waves.  This behavior is objectively verifiable and repeatable, but virtually unexplainable.

In an attempt to explain this behavior, quantum physicists have developed theories involving alternate parallel universes interconnected by probabilistic timelines.

Again, we find we cannot explain the behavior of light through our understanding of natural laws. We must, instead, adjust our understanding of the natural laws, including relying on hypothetical alternate realities we have no way of directly investigating or verifying.  We must rely, instead, on indirect observations based on the properties of light within our own observable universe.

I have heard a saying among quantum physicists, “If you think you understand quantum physics, you don’t.” So, here we have a scientifically verifiable phenomenon which the leading specialized scientists admit they do not understand, cannot explain, and must resort to hypothetical propositions of unverifiable alternate universes in an attempt to explain.

Surely, light qualifies as a verifiable phenomenon so outside our understanding of the natural universe that leading scientists are forced to admit it is beyond their understanding!

Light is, indeed, an objectively verifiable miracle which we encounter on a daily basis.