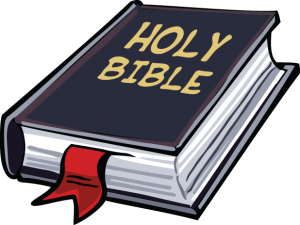 This morning I am thinking about recent conversations with friends who are escaping abuse… and realizing anew how horribly the Divorce Mythology commonly believed among Christians turns the biblical message upside down.
The Bible has a recurring theme of redemption and deliverance with numerous examples of God redeeming and delivering His people from covenants of bondage… yet people in abusive marriages are often told by their pastor that God requires them to remain married to their abuser.

When someone asks me for biblical support for divorce for abuse, I often point them to the second chapter of Malachi where God so clearly denounces treachery against a covenant partner and specifically addresses treachery against a spouse.  Yet it is from this wonderfully liberating chapter that people pluck three words out of context of a 36 word verse in the 17 verse chapter in the four chapter book and tell abuse victims “God hates divorce!”  No!  No, He doesn’t!  Or at least He does not hate all divorce.  And the entire chapter read in full makes it very clear that what God hates is abuse against a covenant partner.

When someone asks me for biblical support for remarriage after divorce, I often point them to the seventh chapter of 1 Corinthians, where the Apostle Paul clearly tells us multiple times that it is not sin for a divorced individual to marry again, and that marriage is preferable to unnecessary temptation.  Yet it is from this same chapter that people often pluck one verse completely out of context of the 40 verse chapter to tell divorcees they must forever remain single.  No!  That is not the message of this chapter at all!

When someone asks me whether it is better to divorce or to permanently separate without divorce, I may point them to the fifth chapter of Matthew, where Jesus clearly denounces permanent separation without divorce.  Yet, people often use the exact same verses plucked out of context of the 48 verse chapter to tell divorcees it would be adulterous for them to marry again.

The Divorce Mythology not only makes an idol out of marriage, but in the process of defending that position it turns the biblical message of redemption and deliverance upside down, making God out to be a calloused uncaring individual not at all like the God portrayed in the Bible.

Let’s remember the words with which Jesus announced the beginning of His public ministry:

The Spirit of the Lord is upon Me,
Because He anointed Me to bring good news to the poor.
He has sent Me to proclaim release to captives,
And recovery of sight to the blind,
To set free those who are oppressed,
To proclaim the favorable year of the Lord. (Luke 4:18-19)

But to the married I give instructions, not I, but the Lord, that the wife should not leave her husband (but if she does leave, she must remain unmarried, or else be reconciled to her husband), and that the husband … Continue reading →

But I say to the unmarried and to widows that it is good for them if they remain even as I. But if they do not have self-control, let them marry; for it is better to marry than to burn … Continue reading →

Step families are not the same as nuclear families.  They’re just not. Sometimes we expect them to be the same…which usually leads to frustration and disappointment. Every family has its own unique dynamics.  In a nuclear family, children born into … Continue reading →

Frankly, I don’t like the term remarry.  Remarry implies one is entering into marriage again with someone to whom they were previously married. When Sherri and I married, although we had each been previously married, we had not previously been married … Continue reading →